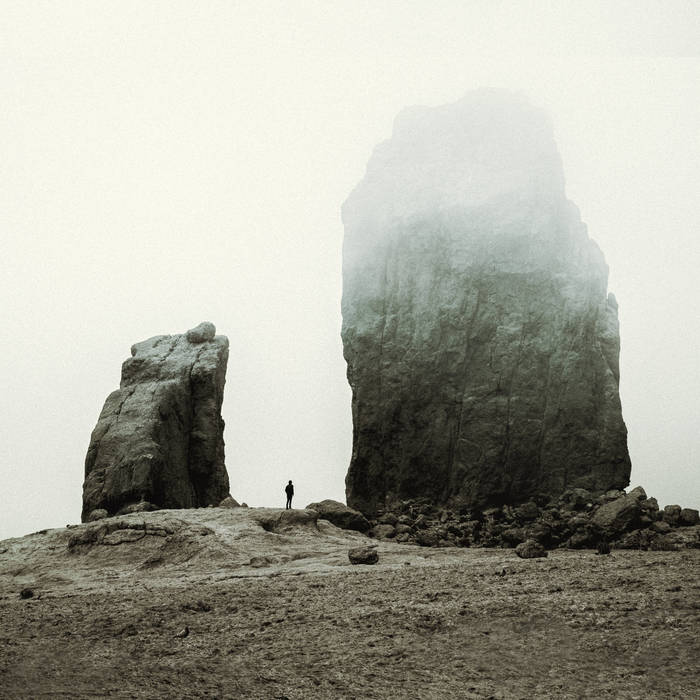 Creating an album is a journey of self-knowledge through hindsight; putting together the tracks that will compose the oeuvre much like putting together a photo album. It involves looking back and undoubtedly reflecting over the memorable times that inspired each composition. That is definitely the case for Fejká, who released this year his album, Reunion. “The tracks on this album started to emerge from all different moments, feelings and mental states of my life during the last two years. They all have the same origin and purpose, to be fragments of my journey to find myself. Each song is a part of me,” says the German electronic music producer and visual artist.

Like with everything that involves hindsight, there is a great deal of nostalgia in the album – and it is the nature of nostalgia to be fluid. It can be at once sweet or melancholic, agitated or mellow, airy or heavy, but it nonetheless invokes in all its forms a sentimental longing for something. In Reunion, nostalgia is primarily given shape in dreamlike soundscapes, soft atmospheres that nonetheless evoke strong contemplative feelings. This longing is carefully unfolded in the album’s track Youth where a simple melody plays out over the sound of seagulls and develops effortlessly into a joyful tune. The track, informed by its title, invokes the candor and naivety of childhood, “The song is not trying to be cool, dreamy, dancy or anything, it's just this carefree and lighthearted atmosphere.”

But to describe Fejká’s music only by its more delicate side would only be painting a part of the picture. Since his EP Twilight, the producer has been exploring sounds that are at once ethereal and dynamic, celestial but also very much grounded on the dancefloor. In a seamless way, Fejká crafts music that is equally suitable for introspective moods and wonders as it is for a club. But while ‘Twilight’ explored this duality between dreamlike atmospheres and dance music, Reunion seems to delve into a much vaster range of emotions and approaches, cementing the young producer’s eclecticism, “I think that I realized that life is too diverse to be only portrayed by one sound style,” explains Fejká,“It's a collection of my life and the sum of all the ups and downs.”

Take the track Untold for instance, perhaps the most fast-tempo title of the album with it’s punctuated beats and repetitive melodies. Rather than it being just a dance tune, it is also a highly emotive and contemplative song which plays out like a riddle, provoking feelings of quest and curiosity, “It catches a mysterious atmosphere and plays with the power of the unknown. I really love music causing emotions which seem too complex to understand,” says Fejká. The track couldn't be more different than the album’s opening title, Reunion, which moves slowly and carries an ethereal melody of melancholy and insight. Both songs nonetheless are equally compelling in conveying a feeling instantly and potently.

Another tool used on Reunion that hits hard on an emotional level, is the use of the voice, “It conveys a certain authenticity and truth, and builds a bridge in terms of emotionality for the listener. Experiencing an emotional medium through human voice triggers some deeply rooted evolutionary feelings,” explains Fejká. The strongest example of this sentimentality comes in the track Reunion for which friend and musician Marie Angerer contri- buted with haunting vocals, “For me, a female fragile voice is very special and outstanding in the universe of musical elements,” he says.
Putting together the album might have been a journey of self-knowledge, but creating its ten tracks was purely intuitive for Fejká, “While doing a song, I think you should just do it and not think about anything else,” he explains. “After finishing, you will start to realize what you have just created and try to find personal meaning.” Having a visceral creative process means that inspiration could hit at any time, anywhere. Drafting sketches became an important way in which Fejká would capture those revelations, “Sometimes I have ideas for melodies and lyrics, so I end up humming the melody awkwardly into my phone.” From then, Fejká would develop these sketches in his laptop - a basic setup which nonetheless permitted him to take his ideas far, “I only expand my set up when I really feel that I can't produce what I want with my current equipment, otherwise, it will just overstress my mind and wallet.”

It is fair to say that Reunion is much more about feelings than it is about any technical element or craft. The strength of the album’s tracks is deeply tied to their ability to capture a mood, and convey it to the listener. Fejká has successfully been honing this ability since his last EP. In Reunion, the young producer moves the listener through his own personal emotive journey, through his own experiences, and at every track the listener feels closer and more at home with Fejká himself.

Brian Zajak, aka Fejká began his musical career at the age of 17. Torn between the the dreamy soft atmosphere of ambient music, and the hard punchy vibe of techno, Fejká couldn’t decide which direction his music production would take. “Day/Night, Dream/Dance, Slow/Fast – music was always split into two worlds for me” he says. Thus, he decided to experiment with both. ... more

Bandcamp Daily  your guide to the world of Bandcamp